We believe in creativity with innovative ideas

We at Deviruoso, can help you create some of the most dynamic web applications to help you business grow.

We can help you convert your data into a graphical interface to make it easier for the user to interact.

We can help teach you how to build your very own HTML5 and CSS codes to help you give an access into the working of these applications.

A well designed interactive sites can help you customise how your website the way you want to help create a buzz around your product. 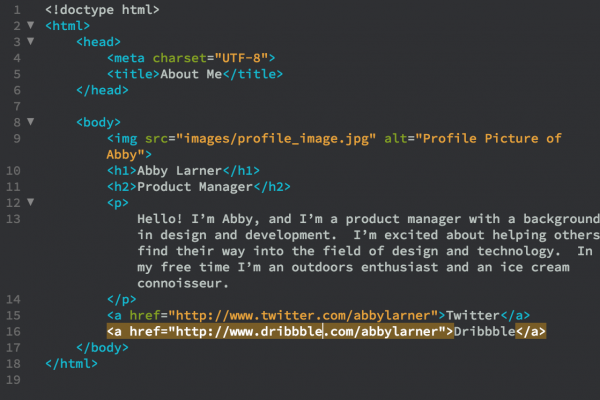 If you are a beginner and want to learn about the basics of HTML we can help you by providing the basic knowledge needed. 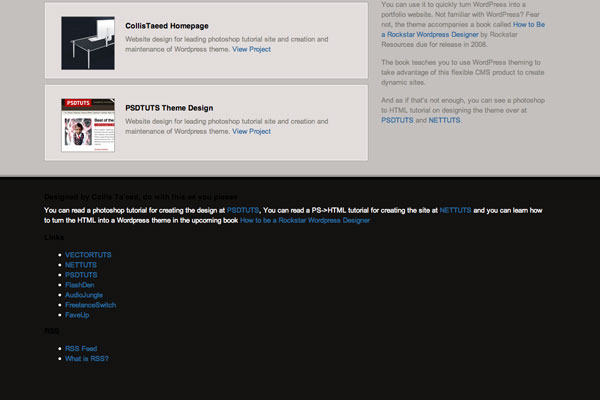 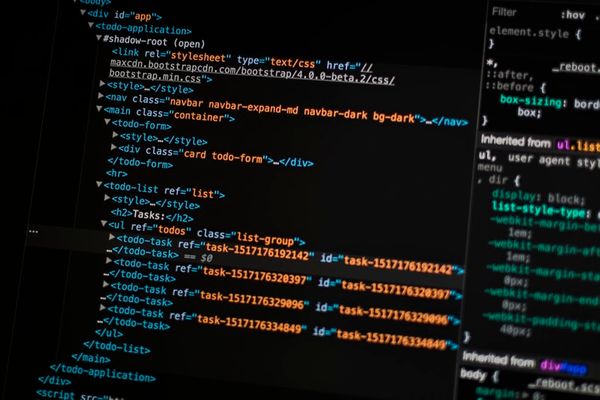 JavaScript is a language which requires professional training for the better working of a websites and we can help you by teaching some useful information.

We help ensure that the people who are trying to learn JavaScripts to improve their computer knowledge, by feeding them the updated information.

I was extremely happy with their style of teaching, they give us worksheets to help test our knowledge and flexibility to learn in our time.

I being a developer have some knowledge about computer languages but as the technology is developing staying ahead of trend is much more difficult and Devirtuoso have given me the right updates which will work for my website and I am very happy with the results.

Show Off Your Skills

24×7 we are live to provide support 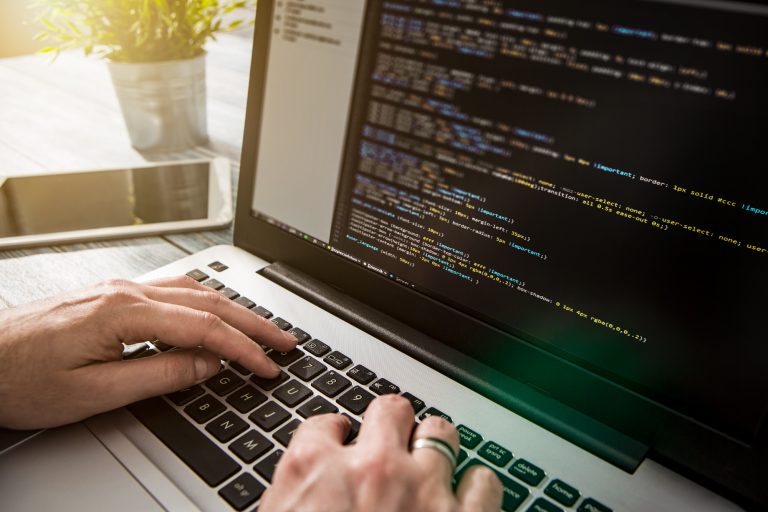 7 Web Technologies Every Web Developer Must Know About

Web technologies are essential parts of the 21st century as they predict trends and keep a toll on people who have technology at their fingertips. Through the passage of time, people have gone ahead to create technologies that have changed the way people use such things. So, here’s a list of all the web technologies that every web developer must know about.

One of the most common elements in this regard is browsers. There is no individual who does not require the help of browsers as they are information producing units which make our life easier. Google Chrome, Firefox, Safari and Explorer are few of the most common types of browsers which everyone is aware of.

Web development frameworks are elements which idolise and make web developers life easy. Simple tasks can be finished without much effort using one of these frameworks as they tend to create an easier for the completion of such activities. Ruby on Rails, Angular, Express.js, Zend are some of the essential tools which people use for this purpose.

The method of passing information in a back and forth manner through computers and various other devices are called protocols.

The main thing which drives an organisation or firms in the process of functioning is data. Data is crucial for every single concept of functioning as it provides you with the required information and instructions whenever you need them.

Programming languages are an essential source of communication between you and your computer.

Javascript- one of the most common forms of communication which every browser uses. Any web developer will be aware of the value that HTML & CSS have in their life. Web Developers will go in deep to research and learn all about these two terms, which play a crucial role in their jobs. On the other hand, CSS stands for Cascading Style Sheets and talks a lot about the elements of HTML. Beginners require to learn them before they take a step towards entering this field.

Artificial Intelligence is the talk of the town as many people seem to be considering it at their workplace. AI has contributed a lot towards the progress of organisations as they have made the work function in an efficient manner. Keeping all that in mind, AI also reduces the need for human interference, and that is something which everyone needs to take into consideration. From a very young age, I have always had a fascination with ancient civilizations, and aspired to become an archaeologist. I can recall my childhood days sitting in front of the television to watch National Geographic documentaries or exploring the backyard with my trusty shovel and sun hat, looking for signs of past life. The farthest I could get, however, was the occasional bone; certainly not buried by my dog, I was sure they were the remains of a Native American warrior who had died honorably in battle, or a Spaniard who had battled starvation while exploring the intolerable American southwest. By day, I was an adventurer, looking into bygone eras; by night, I was a Roman gladiator fighting in the coliseum, a Greek hero traveling on a quest from the gods, even an Egyptian pharaoh overseeing the construction of the Pyramids. In essence, each and every civilization played a significant role in history, and I wished to play a part in uncovering it.

Ancient Egypt in particular piqued my interest, and I had a great appreciation for Egyptian culture and art. I remember reading stories before bed about King Tut and the “Curse of the Pharaoh,” under my blankets with a flashlight, only to dream about exploring lost tombs and pyramids or traveling back in time to become Queen Cleopatra. In elementary school, we built mini replicas of the Pyramids of Giza and wrote our names in hieroglyphics. The devotion held towards the Egyptian gods, now considered myths, was a preoccupation of mine in seeing how it controlled the behavior of the Egyptian people. Each aspect of life was controlled by some higher power, whether it concerned Egyptian rulers, agriculture, traditions, even the weather was a result of some god’s bidding.

One such way in which the gods influenced Egyptian culture was through art and decoration. In fact, decoration was one way of representing the culture itself. Everything was created to serve a purpose, whether it was for honoring the living and the deceased, or simply for practicality. Pottery and ceramics, for example, was used for eating, cooking, etc. Statues were meant to contain the souls of the dead or please the gods. Figurines of divine powers warded off evil, whereas jewelry such as amulets and charms offered protection. Tombs were made to remember the living and and guide the dead on their way to the afterlife. Despite the fact that each object was designed for a simple task, artisans were given the liberty to decorate each piece however they wished. Much of this art described lavish lives of the upper class as well as the grueling work of the lower class. This would come to influence Greek, Roman, and other future civilizations, even modern art and architecture.

However, many of these artists were never credited for their work, nor did they wish to be credited. This is what I admire the most about early Egyptian art. All pieces focused first on function, and then on creativity, and artists readily accepted this fact, as it made them satisfied knowing they did what they did best. Artists took personal pride in their work, but did not feel the need to glorify this to the world. This is a lesson that I feel transcribes to society today, in the sense that everyone should strive to do something for the good of others. Whether it’s walking an elderly person across the street, or paying for the person behind you in line, small and anonymous acts of kindness can go a long way. The fact that art from such a long time ago has the ability to inspire people to act is why I wished to go into such a field. 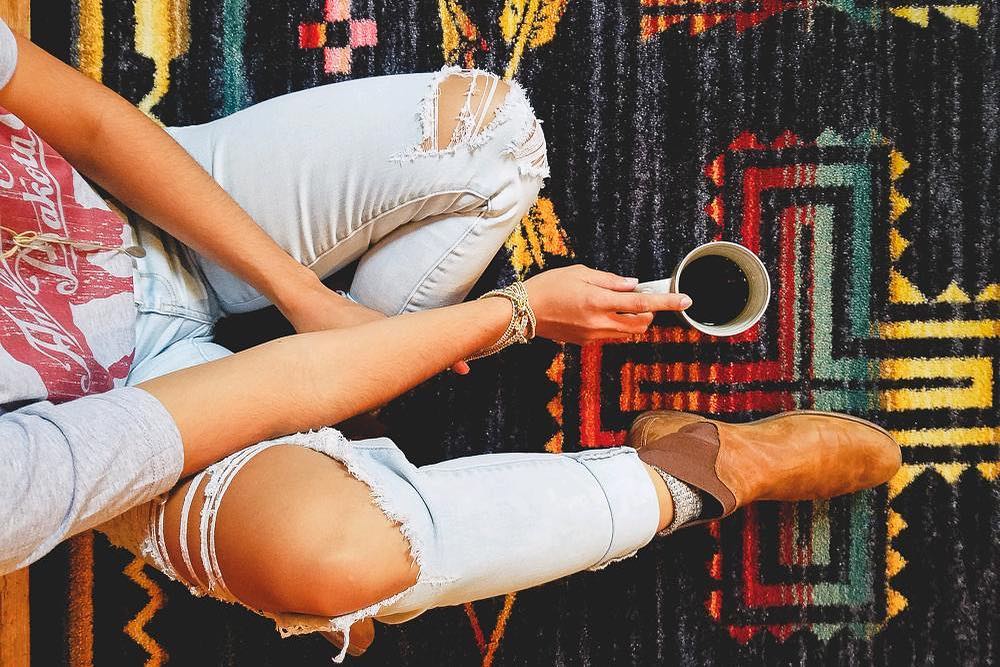 There is a lot to consider when designing an interior space. The space shouldn’t be without some sort of meaning or personal connection with the client or yourself when designing your own space. Designing is a great way to express yourself, to show your personality and I absolutely love it. I want to make everything around me beautiful. I love taking a space and making it come alive.

There is so many different types of designs you can do that makes a place feel like home. Design is coming to grips with one’s real lifestyle, one’s real place in the world. Rooms should not be put together for show but to nourish one’s well-being. You want a room to feel warm and welcoming, you want people to feel relaxed and comfortable in the space you create. Imagine what the world would be like if everything had to be modern, one color, one type of pattern or texture and you couldn’t put our own personality or your clients personality in the rooms that’s being transformed? It would be a sad, dull world, one without variety, creativity and comfort.

That’s what I love about designing, you use creativity, personality, color, patterns, and textures to bring a space alive. No one person is the same so why should their homes be? I love big, bright and open concepts. I love using natural light to brighten a room so you don’t get that dingy yellow hue. It is satisfying when you have a vision in your mind of what you want the room to look like and it all comes together in the end.

Southwestern Rugs Are A Great Addition

My father was a carpet/floors salesmen and installer most of his life and all of mine while growing up into high school. I adapted some of his views on home decoration. Whereas many look at the walls and ceiling decorations, we are attracted in looking at the floor. When I was young, I loved carpet the most. The soft feeling under your feet and being able to push it in directions to make different patterns. Growing up I gained some appreciation at how much easier it is to clean and maintain hardwood floors instead.

A carpet may not be able to be swept clean and is absorbent of liquids which is problematic. I have another guilty pleasure when it comes to flooring, that is Southwestern rugs. Southwestern area rugs are an easy way to dramatically improve your home decor. You simply drop them on the floor and watch the style and look of your home instantly improve.

When I got my apartment in Vermont, replacing the flooring was not a very great option as it was still all new and fresh. To put my own flair to the place I decided to go for the walls and buy a rug for living room. I tossed down a purple tartan pattern rug, covered my couch and love seat with a purple cloth and picked purple themed posters on the walls. For the rest of my home I set off to hanging shelves to decorate with knick knacks and figures. My hallway was lined with wall scrolls of anime and comic heroes, at the end of my hallway was a large poster of Saint Bill Clinton which was visible the moment you entered. The poster was a kind of joking jab at my parents who hated that president and it was a humorous gift from a friend, I greatly enjoyed it addition.

I believe decoration of a home should be reflection of the owner and to the likes of their own. Decoration made to impress guests will fall flat most of the time unless you are always inviting guests over to your home. Decoration in a place of business to impress guests would make more sense. As such, I decorate to my likes, which may get a chuckle out of guests, but guests are the minor occupants, I am always there to appreciate my decorations.

Don’t get missed out.

Never miss any update from us. Subscribe to our newsletter